Flooring Matters SW LTD recently carried out a very interesting project at the heart of Bristol centre.  Built by renowned architect William Bruce Gingell, the former Lloyds bank building was inspired by Sansovinos 16th century Library of St Mark in the Piazzatta in Venice.  The project involved transforming the old building into one of Bristols best known luxury spa hotels.  We were called into to install new flooring to the gym, treatment rooms, waiting areas and the function room, or better known as the vault!  The interesting thing about this job was it was all in the basement of the building that was previously the vault and all of the vault rooms of the bank.  A variety of floor coverings were used, including Amtico to the public areas and vault, Unnatural Flooring to the treatment rooms and Everoll impact rubber flooring the gyms.  Because of the sheer size and weight of the vault doors and coupled with the fact that it is a listed building, the doors were not going to be removed so that we could get our new floor coverings underneath.  This meant grinding down into the concrete to lower the floor levels around the doors before we could start the process of DPM, latex and new flooring.

“The team at Flooring Matters once again did a fantastic job for us at our new spa and treatment areas at the Jetty Hotel in Bristol.  They were called in at late notice and worked tirelessly to ensure the works were completed for the handover date.  As on previous jobs, all works were completed to a high standard within budget.” 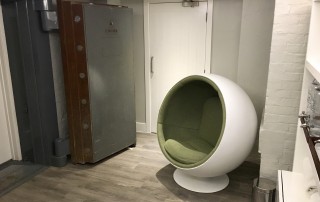 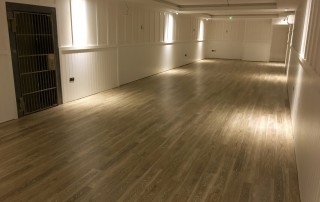 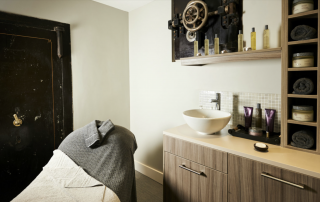 Can We Help You?

TELL US MORE ABOUT YOUR PROJECT

Please feel free to get in touch with us regarding any of our services, we look forward to hearing from you.

GET IN TOUCH TODAY