Installing a Floor over Underfloor Heating

Installing a Floor over Underfloor Heating

Flooring Matters SW LTD recently carried out a project at a beautiful barn conversion in Cheriton Fitzpaine, Devon.  The heating source the customer used was a wet underfloor heating system.  For flooring, the customer chose a Quickstep Imperio engineered wood flooring which was to be laid throughout their large open plan living area and kitchen.

Extensive preparations were required before laying the floor

The heating system the customer used was a wet underfloor heating system.  This was installed before an anhydrite self-leveling screed was pumped in to encapsulate the pipework.  As the screed dries, a milky residue called laitance rises to the top during the curing process.   Although the crusty surface dries hard the laitance is weak and has a chalky texture which is not suitable for bonding any floor covering to.  In order to remove the surface laitance, mechanical preparation was required. For this, we used our diamond grinding machine which has a dust extraction unit attached so we were able to completely remove the surface laitance without causing too much dust.

Use a trusted flooring installer to ensure a problem-free fit

To ensure a problem-free installation of wooden floor over underfloor heating, there are a number of rules to follow:

If you are looking for a Quickstep Master Installer, contact us. 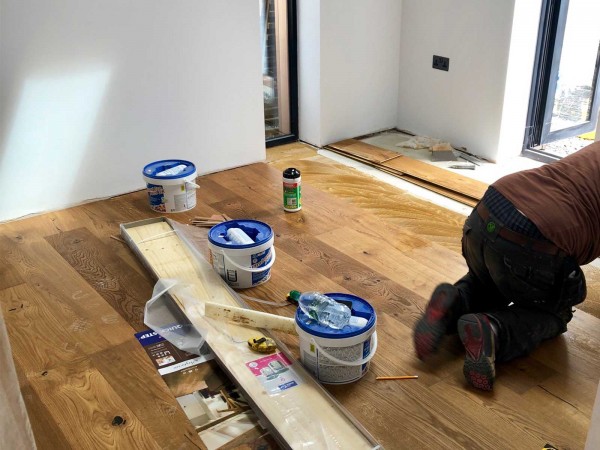 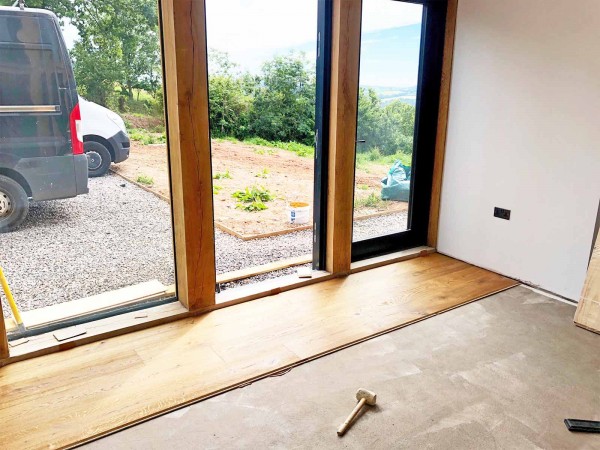 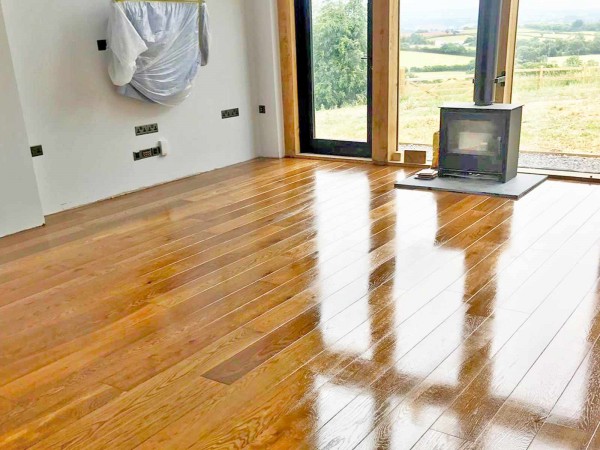 Quickstep Imperio engineered wood was used in the open plan living space to this beautifully converted barn.  It was then all given a final finishing coat of oil to bring back the natural warmth of the wood whilst also adding extra protection.

We also installed an attractive herringbone oak floor to their studio.  An unfinished oak flooring was used, and after it was laid we sanded it back and finished it with multiple layers of hard wax protective oil. 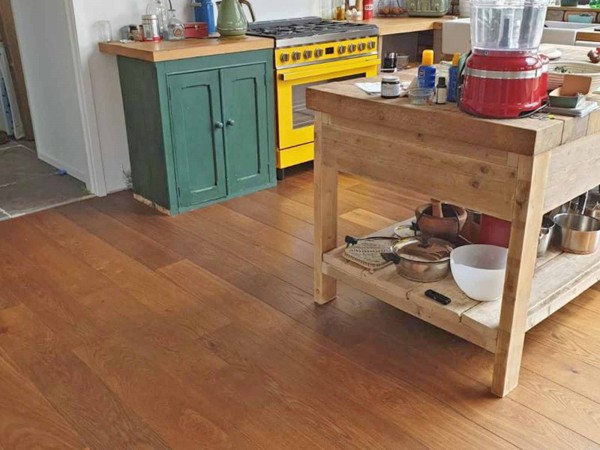 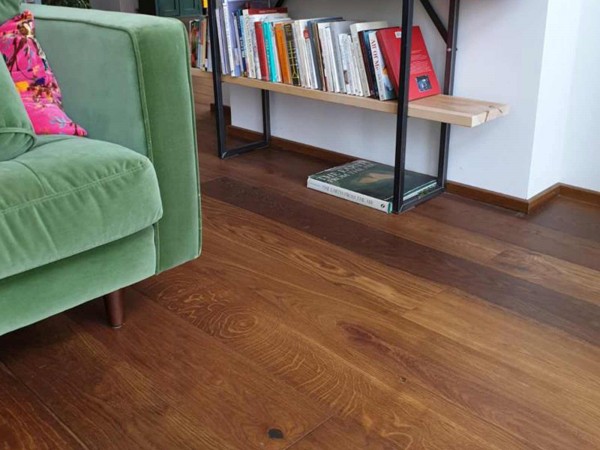 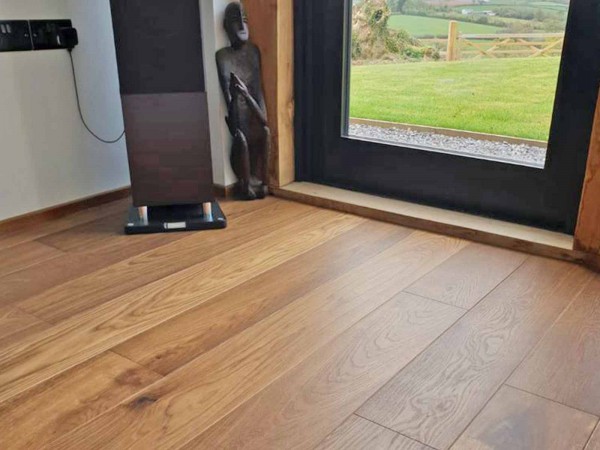 TELL US MORE ABOUT YOUR PROJECT

As SSIP Accredited, Devon Flooring Contractors, we offer a comprehensive range of flooring services to suit your project. If you would like to know more, please get in touch with Flooring Matters SW LTD today.

Office hours: 9am to 4pm Monday to Friday